Awarded to the favourite film presented at the

We invite you to cast your vote, in-person or online, following each Festival film you see. Vote for as many films as you like.

Vote at the theatre – using your ticket as a ballot

Encore presentation of the winning film on Tuesday, July 5 in the open-air cinema at the Distillery District at the Lavazza IncluCity Festival. 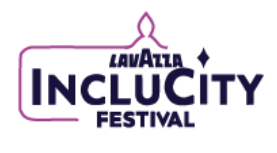 In the event of rain, the movie will be moved indoors at the Young Centre for the Performing Arts located inside the Distillery District.