While cinema is often regarded as a tool to entertain, it is also used by filmmakers as a medium to unveil mysteries. Two of this year’s documentaries that I find most fascinating give viewers access to little-known aspects of Israeli society.

Inside the Mossad has ex-Mossad agents sharing their espionage experiences for the first time ever on-screen, adding a new layer to the Israeli historical narrative.

In the same vein, The Man Who Stole Banksy takes us from the world of street art on the walls of Bethlehem, to the most renowned art galleries of Europe, and raises many fascinating questions: Who owns art? What is the main purpose of art, especially in a zone of conflict?

But secrets are not just the domain of documentarians. In the realm of fiction film, director Guilhad Emilio Schenker tantalizes his audience by sharing what is happening behind the closed doors of a very special women’s book club, in the fantastic and stylish Madam Yankelova’s Fine Literature Club. We develop a special bond with the main character played by Keren Mor, as she struggles to keep her secret.

And last but not least, one of my all-time favourite Festival selections, Tel Aviv on Fire amuses us with a behind-the-scenes game played out on both side of the border.

Call it the Zeitgeist. Or something in the water. This year, there are four films – two documentaries and two fiction features – that explore a similar topic: the healing that comes from learning the truth about your family’s past. But the approach each film takes is so different, it’s more than worthwhile to see all four.

In the powerful documentary Cause of Death, Jamal Barakat, who is Druze, doesn’t believe the official story of how his brother Salim, a Tel Aviv police officer, died. Jamal is told Salim was killed by the terrorist his brother heroically stopped. But the facts don’t add up. Uncovering the truth of what happened to his brother helps Jamal heal from his loss. In the heartwarming documentary, My War Hero Uncle, Shaked discovers his uncle wasn’t the war hero he always thought he was. Learning the truth empowers Shaked to be more honest about his own life.

In the well-acted dramedy, The Interpreter, two seemingly opposite men set out on a road trip through Slovakia. Why? Because Ali is sure his parents were executed there by Georg’s father, a Nazi officer. Their journey reveals a country that would rather forget about this past. And then there’s the comedy, My Polish Honeymoon. Anna and Adam, a recently married Parisian Jewish couple decide to honeymoon in…Poland. While Anna is excited about the trip, Adam is less than thrilled. But could learning about their family’s little-talked-about past be the key to a happy marriage?

Storytelling has always been a basic building block of cinema and world culture. For Jews especially, stories about our history and ancestry, our families, customs and contributions to the world, have long affirmed our identity and values as a people.

For me, this year’s standout films are those that tell great stories about the achievements and experiences of Jews from across the globe and from all walks of life.

The Spy Behind Home Plate is the first feature-length documentary about Moe Berg, who, in the 1930s and 40s, was a professional baseball player, lawyer and American spy.

Black Honey: The Life and Poetry of Avraham Sutzkever is the first film about this acclaimed Yiddish poet and resistance hero who fought in the ghetto and forests of Vilna, rescuing Jewish treasures targeted for destruction.

In Forgotten Soldier, the children of Sally Noach, a Jewish carpet salesman from Amsterdam, piece together, with the help of survivors, the incredible and controversial story about their father’s audacious rescue of Dutch Jews trapped in Vichy France.

And finally, Mamboniks, one of my personal favourites, tells the delightful story of a group of young New York Jews in the 1950s, whose obsession with the Mambo sparked a national and cultural sensation. 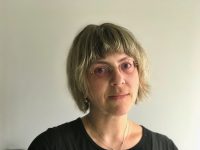 What makes a good documentary film? Of course, the story is key, but it’s more than that. For me, a good story needs to be backed up by good filmmaking. It needs to be a conversation between the filmmaker, the subject(s) and the audience. The filmmaker should bring the audience along on a journey and make us care about the subject. The visual component should deepen and enhance the story, and set its tone.

Danae Elon’s new film, A Sister’s Song is a beautifully-realized film about two sisters who have chosen different paths in life and how they come to terms with each others’ choices: an emotional, intimate and raw character study, filled with so many gorgeous moments, both emotionally and visually. Her film is a pleasure to watch: a true cinematic experience, crafted so seamlessly that I forgot I was watching a documentary. Similarly, Barbara Rubin and the Exploding NY Underground is also an excellent example of great documentary filmmaking. Interestingly, both films focus on strong female characters in very different ways. These might not be films that, on the surface, appeal to everyone, but everyone should see them as examples of what a good documentary should be, and is.

And if you’re looking for a great narrative film, also about a strong female character, check out the fun, quirkyand colourful, Happiness of the World.

With seven films eligible for the Micki Moore prize for a female-directed feature film, TJFF 2019 is a banner year for films by and about women. Perhaps owing to her background as a documentarian, Michal Aviad’s Working Woman is one of the most unflinching, realistic dramas to emerge from the #MeToo movement.

Working Woman explores sexual harassment in the workplace, highlighting the manner in which a female victim is manipulated into feeling complicit in an act perpetrated against her. Not only does this prevent her from dealing with the emotional aftermath (much less reporting it), but it paves the way for the abuser to continue to prey on her. Despite the disturbing nature of the subject matter, this landmark film ultimately delivers an empowering message by highlighting the insidious nature of abuse and exonerating women of a misguided sense of collusion.

Women who defy what it means to be a “nice Jewish girl” are celebrated in several films about female cultural trailblazers. Barbara Rubin and the Exploding New York Underground profiles the iconoclastic filmmaker whose first film, Christmas on Earth, an audacious exploration of sexuality from a female perspective, remains a seminal piece of multi-media art. As formidable as Rubin was behind the camera, Lauren Bacall was commanding in front of it. Lauren Bacall, A Look From the Sky details how her headstrong characters redefined Hollywood’s notion of sexy.